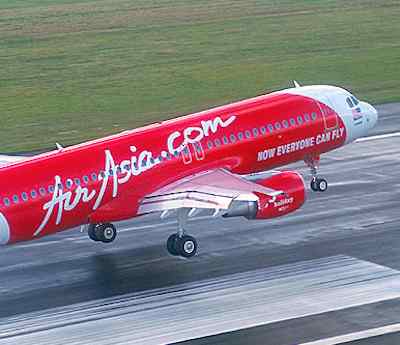 Jakarta, Jan 1 (IANS) The AirAsia flight QZ8501 that met with disaster over the Java Sea on its way from Surabaya in Indonesia to Singapore Sunday, may have made a safe landing on water before being consumed by high waves, amid a raging storm, experts say.

The Daily Mirror reported Thursday, citing aviation experts, that the absence of any crash transmission data meant that the experienced former air force pilot Captain Irianto might have executed a perfect emergency landing on sea.

The Airbus A320-200 aircraft with 155 passengers and seven crew members on board went missing soon after taking off from Surabaya in Indonesia’s East Java province early Sunday morning en route to Singapore’s Changi airport. The debris was spotted Tuesday.

While the hunt is on for the black boxes, several aviation experts believe that the absence of any usual crash transmission data means the plane could have touched down safely with all the people on board.

The plane lost contact with the air traffic control over the Java Sea in Indonesian territory amid a thunderstorm raging in the area, but emergency transmissions that are made when a plane crashes or is submerged in water were never emitted.

Hence, flight experts now believe that it is entirely possible that the pilot of the stricken plane may have succeeded in safely landing it on water, before it was overcome by high waves and sunk to the bottom of the sea.

Dudi Sudibyo, a senior editor of aviation magazine Angkasa, said: “The emergency locator transmitter (ELT) would work on impact, be that land, sea or the sides of a mountain, and my analysis is it didn’t work because there was no major impact during landing.”

“The pilot managed to land it on the sea surface,” he said.

Captain Irianto was cruising at an altitude of 32,000 feet when he requested permission to change course to avoid storms.

However, in spite of being granted permission, he had to wait because of heavy air traffic and the plane vanished from radar screens minutes later.

While a massive search operation is underway for the black boxes, it remains a mystery why there were no distress signals from the pilot.

Eight bodies have been recovered from the Java Sea site where the ill-fated flight is believed to have gone down, at the end of search operations Thursday.

Two of the first pieces of the plane’s debris were an emergency exit door and an inflatable slide, which could suggest that the first passengers might have started to evacuate from the plane.

A shadow of the plane believed to have been spotted on the seabed also showed that the plane might have been largely intact.

Former Indonesia transport minister Jusman Syafii Djamal said that discovery of the exit door might mean “someone had opened it”, according to the Daily Mirror report, which cited Channel News Asia.

The full cause of the crash will remain unclear until search and rescue workers recover the black boxes that record every movement of the aircraft and conversation in the cockpit.