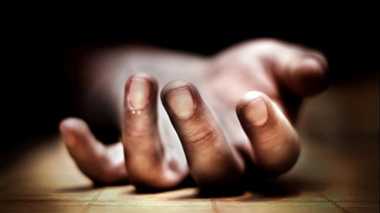 Islamabad, Jan 10 (IANS) As many as 7,655 people were killed in Pakistan in terror attacks, sectarian violence, targeted killings, security operations and drone strikes in 2014 compared to 5,687 in 2013, an official report here has revealed.

The number of deaths witnessed a three-time increase because of security operations but fatalities from the militant attacks, terror and targeted killings decreased by 15 percent, Dawn reported Saturday.

However, 35 percent increase in the overall deaths was recorded during the year.

The statistics were revealed at Islamabad’s Centre for Research and Security Studies (CRSS) during the launching ceremony of a “Conflict/violence report for the year 2014″.

“The major increase in violence was observed in the Federally Administered Tribal Areas (FATA), where fatalities doubled from 1,457 in 2013 to 3,399 in 2014,” a CRSS official said.

“The reason for the increase in deaths in FATA is the military-led operation “Zarb-e-Azb” in the North Waziristan Agency,” he said.

“The second largest increase was in Punjab where deaths from violence rose from 120 in 2013 to 309 in 2014. A part of the increased figures may be attributed to the Nov 2, 2014, bombing at the Wagah border which killed 60 people,” the official added.

The report also said that the Khyber Pukhtunkhwa region witnessed a decrease in violence-related deaths — 945 in 2014 compared to 1,031 deaths in 2013.

Gilgit-Baltistan saw the largest decrease in violence-related casualties from 20 in 2013 to just three in 2014.

A total of 133 women and 270 children were also killed in violence of one form or another. About 40 schools and three colleges were also bombed while 26 principals, professors and teachers as well as 143 students were killed.

The highest fatalities — 2,029 were witnessed in Karachi while North Waziristan Agency and Khyber Agency witnessed 1,825 and 1,187 deaths respectively. As many as 431 people were killed in Peshawar city and 170 in Quetta city.