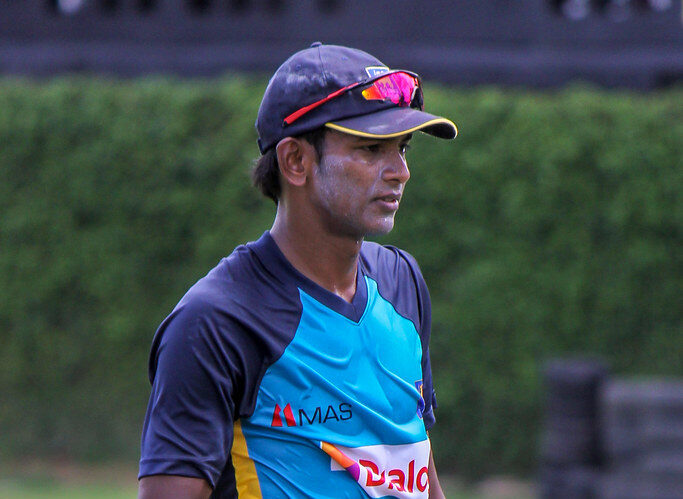 Watch out for some fireworks. That’s how this Sri Lankan introduced himself to the RCB fans.

And when a fast bowler introduces himself like that, you know he means business.

Dushmanhta Chameera: he is tall, he is quick, and he has the ability to bowl fiery yorkers at will – an ability that could not have been ignored for too long.

So, when RCB were looking for a fast bowler to fill up an overseas spot for the second half of IPL 2021, they decided to entrust their faith in the pace of Chameera.

This isn’t Chameera’s first brush with the IPL. He was with the Rajasthan Royals in 2018 but did not get a game. Three years later one would assume that he has only matured with age.

At least, his exploits certainly suggest so.

He ended up as the highest wicket-taker in the recent T20I series against England with an average below 12, and impressed in the series against India right after.

Born in 1992, Chameera is quite used to the attention. He burst onto the scene in 2015, when he made his debut for Sri Lanka in all three formats the very same year.

And at just the age of 23 he was touted as the fastest Sri Lankan. But just like most promising pacers, Chameera’s career, too, was marred with injuries that have hampered his growth. But he came back. And he came back stronger every single time.

And today he is spearheading Sri Lanka’s white ball attack. He regularly reaches the 140 mark, and despite his tall frame, he can be skiddy at times – the kind of skill, which can be difficult to negotiate in UAE conditions.

Over the years, the IPL has been a familiar territory for some of the greatest Sri Lankan cricketers. And now the Chameera is a part of it. Expect him to do all that it takes to continue the Sri Lankan legacy.